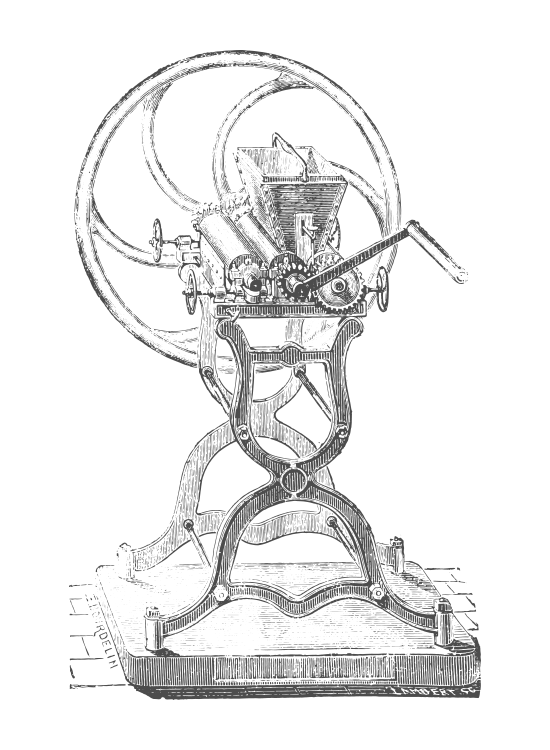 The milling section is intended for receiving operations, cleaning and milling of sugarcane. The cane, the raw material used in the production of Tellura is always kept clean, grinding only healthy stems.

The grinding provides the extraction of existing stock in the stalks of sugarcane. The broth leaving the mill is not suitable for the manufacture of cachaça. This broth is filtered and decanted to separate impurities, and diluted to the Brix adjustment, before entering the fermentation tanks.

The mill is the equipment responsible for the extraction of sugarcane juice. It’s prepared in order to avoid that during the milling the juice is contaminated with oil or grease coming from the lubrication equipment. These compounds can produce undesirable substances affecting the final quality of cachaça. 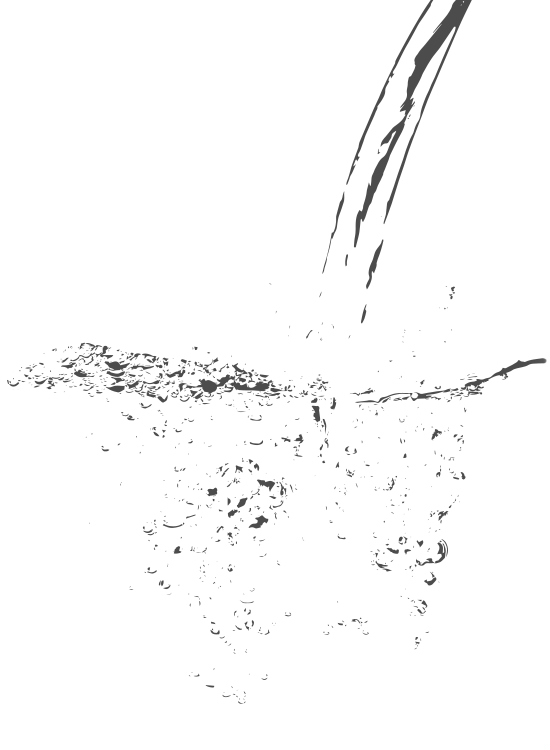 The sugar cane used in the production of Cachaça Tellura is harvested at the optimum point of ripeness, with a percentage of soluble solids (Brix degree) between 20 and 24, which passes through a dilution process to 16 to 18 degrees Brix before going to the fermentation vats.

The water used for dilution of the juice is clear, odorless, colorless, and free of pathogenic micro-organisms, having their potability approved within the criteria of drinking.

The water should not be added to the juice directly at the fermentation vats. This practice involves risk of osmotic shock on the yeasts that make up the ferment, with losses to the productivity and yield of fermentation.

The addition of water occurs in suitable tanks, made of stainless steel, installed between the decanter and the fermentation vats. 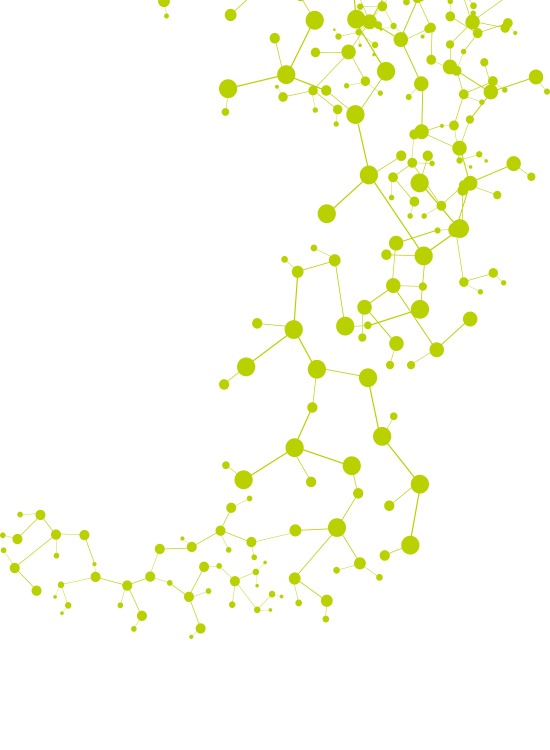 Specialized biological agents known as yeast, turn the must of sugarcane into sugarcane wine, through alcoholic fermentation.

During the fermentation process, several changes occur in the juice as, release of carbon dioxide, foam, alcohol production and the progressive release of an extremely pleasant aroma, reminiscent of ripe fruit, arising from secondary fermentation components. 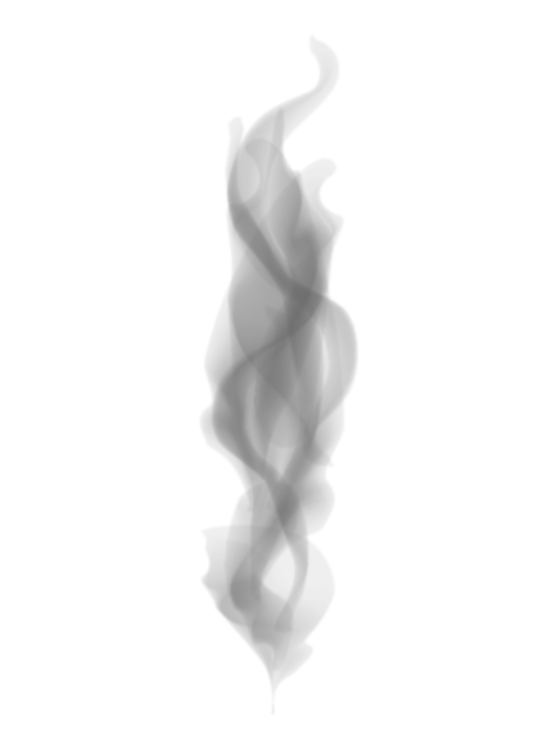 The boilers are essential equipment for the production of a quality cachaça. Steam is the efficient way to transport thermal energy used in the cleaning of the whole plant, and especially in the distillation sector.

The boiler feeding is made almost in its entirety with the bagasse from the grinding and must filtering, being these the main boiler fuels. The use of good sized boilers, fireplaces of appropriate height and bagasse feed allows the production of Alambique Tellura sustainably and environmentally correct. 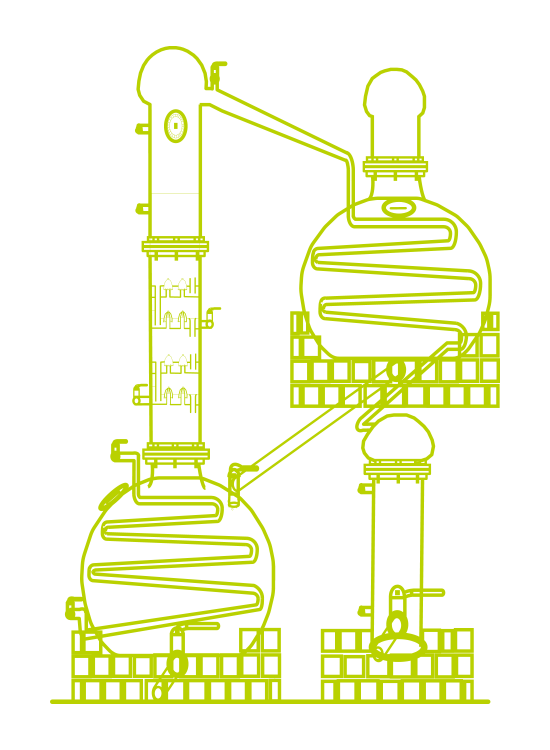 Distillation is to heat a liquid until its passage to the gaseous state, which then returns to liquid state through cooling, forming new products by fraction decompositions.

In the production of Cachaça Tellura, the wine is boiled, from the juice of fermented sugarcane, inside a copper still, producing vapors which are condensed by cooling, separating so in fractions, the substances of interest formed by fermentation.

The main fraction, called “heart”, is collected and stored for a period, forming the cachaça.

The cachaça produced in copper stills boasts a better sensory quality, due to the formation of components due to reactions that occur inside of the still. 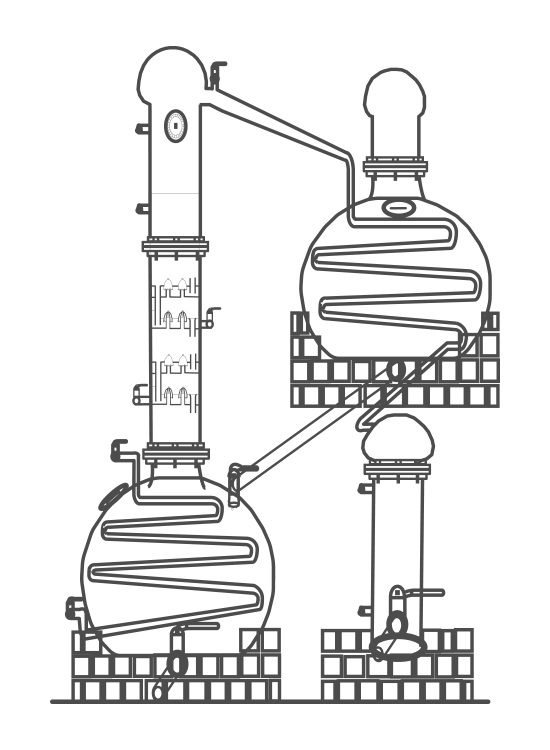 The process of fractional distillation is the slow warming of wine (fermented must of sugarcane), up to its passage to the gaseous state, which then returns to liquid state through cooling, separating the new products by differential pressure and temperature.

The production of cachaça in copper alembic still presents a better sensory quality, due to the chemical reactions that occur inside, forming the essential components to a good distillate.

In the production of Tellura, the fractions are strictly separated, making only use of the noble part of the process, called “heart”, which is carefully collected and stored for varying periods.